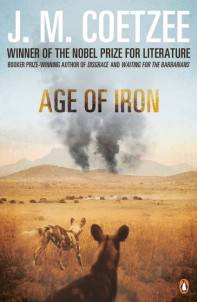 There was a wonderful place, which seemed like a piece of Paradise: the country boasts both natural beauty and diverse landscapes, from fields of wild flowers, to forests, mountains, sand dunes and crystal clear waters. South Africa was and still is its name. White men transformed this natural paradise into something very near to the Hell, killing natives or destroying their lives. Why? Because of colonization taught them it was necessary, right. Whites are in charge, Blacks have just to obey: History has always told us this.

An unbelievable friendship can change people’s mind? How can prejudices rooted in ours mind? How can you stop wasting your time if it is not unlimited?

These and many others are the questions that inspired Elizabeth Curren for writing a letter to her daughter, trying to understand how people could hurt other people for a piece of earth or because the History had always been written by winners and winners had always remembered what they liked more.

J. M. Coetzee, Nobel Prize in Literature in 2003, wrote “Age of Iron” in 1990 while the Apartheid lasted till 1994. His novel was a critique and a denounce for a system which allowed crimes against humanity, four years before its end.

Often writers feel the urgency to interpret the big mistakes and horrors of their times and their novels must be read as a warning for all the people. This is a good reason not to stop reading!

This website uses cookies to improve your experience while you navigate through the website. Out of these, the cookies that are categorized as necessary are stored on your browser as they are essential for the working of basic functionalities of the website. We also use third-party cookies that help us analyze and understand how you use this website. These cookies will be stored in your browser only with your consent. You also have the option to opt-out of these cookies. But opting out of some of these cookies may affect your browsing experience.
Necessary Sempre abilitato
Necessary cookies are absolutely essential for the website to function properly. These cookies ensure basic functionalities and security features of the website, anonymously.
Functional
Functional cookies help to perform certain functionalities like sharing the content of the website on social media platforms, collect feedbacks, and other third-party features.
Performance
Performance cookies are used to understand and analyze the key performance indexes of the website which helps in delivering a better user experience for the visitors.
Analytics
Analytical cookies are used to understand how visitors interact with the website. These cookies help provide information on metrics the number of visitors, bounce rate, traffic source, etc.
Advertisement
Advertisement cookies are used to provide visitors with relevant ads and marketing campaigns. These cookies track visitors across websites and collect information to provide customized ads.
Others
Other uncategorized cookies are those that are being analyzed and have not been classified into a category as yet.
ACCETTA E SALVA